Wifey and I headed out to Dallas around 2 o'clock pm for the Hot Flash party (which kicked so much derrier.) We got in at around 6 and got in relax mode @ the hotel before the party. 28 Weeks Later came on the tube and we watched it til it was about time to head to the venue. But we couldn't take our eyes off the tv! IT WAS SO DOPE! I was pissed.

(IT CAME ON AGAIN AFTER THE GIG AND I WAS TOO TIRED TO WATCH!)

N-E-W-A-Y-Z...we got to Fallout Lounge around 8 and I help Joel setup, and everything was straight except for the fact we didnt have HEADPHONES. So we mixed without them for the first couple hours. No big deal. Just had to stare at the computer screen a little longer than usual.

Here are some flicks of the JUMP 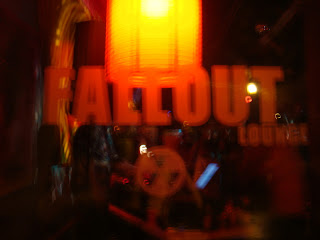 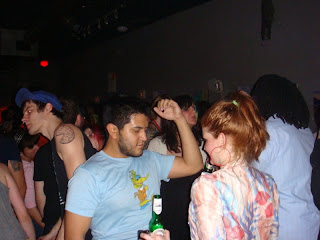 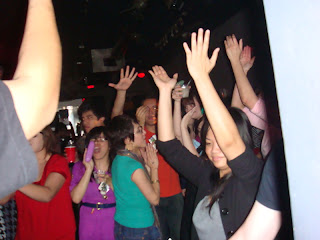 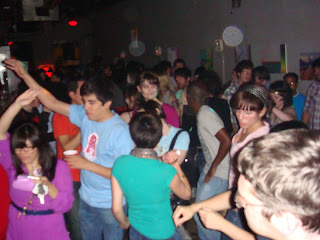 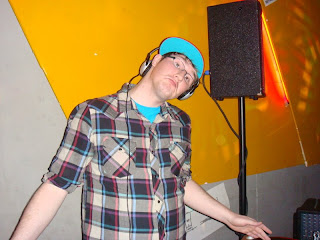 Man the crowd was sooooOOOooOOOOoooOOoooo dope, I played all my favorite tracks. Some ish I remember....

Eddie Murphy - Party All The Time

Real Life - Send me an Angel

Next day me and the Tinanator went to the mall so she could terminate some of her cash. What i've found out from her is that she hates money. She hates the shit out of it. She loves clothes way more. I wish I knew how to make clothes, I would totally take advantage of her money hating situation.

Heres me @ Barney's in the mall. Tina didn't hate her money there. I hated my money there but then I made up with it. Man they had some rad stuff there.


That was basicaly it from Dallas.

Shout Out to Joel for putting me on, Keith P for giving me props on mixing bassline & 80s, Big J - good to meet you finally broseph! The crowd for gnarring out with me. And the hotel breakfast for being so DELICIOUS!
Posted by Squincy Jones on April 29, 2008

hey, here is the site i was talking about where i made the extra cash, I was making about $900 extra a month...
check it out ..