Jukebot went offfff!
This was the 2nd or 3rd time i've rocked at The Flat.  So far the most fun i've had there. 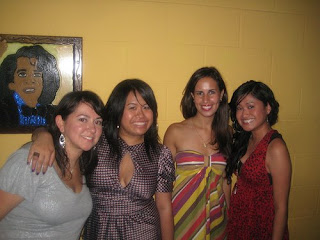 Beer bong for the ladiessss? 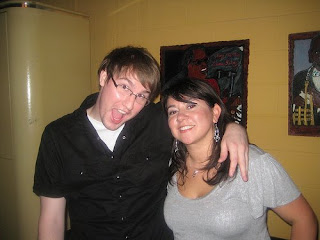 Again with that nerdy ass face. 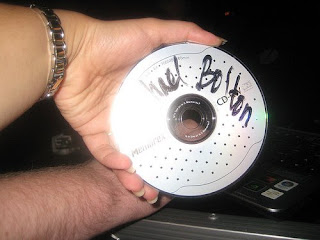 SoooOOOoooOooooOooo....
At some point in the night this (white) girl comes up to the boof and says its her or her sisters birthday and she wants us to play a song off this cd.  Not only did I not want to play her cd because of the hassle, BUT!  THE CD SAID MICHAEL FUCKING BOLTON on it.
While yes, I find it kind of humorous that she wanted to hear a corny Michael Bolton song, and I would've loved to dork out while playing it (By myself with noone watching.)  I don't think I would've like to sacrifice the rest of the crowds vibe so her and friends can go, "HUH HUH HE PLAYED IT." 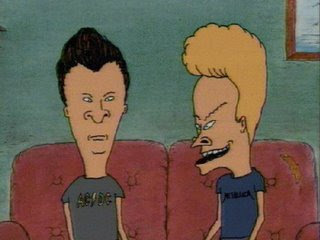 Anyway I had such a kickass time.  Gracie and I played House, Disco, Electro, and ended the night with Dancehall.  AIGHT THENNNN!?
Posted by Squincy Jones on September 01, 2008

Oh, I haven't thought about Beavis and Butthead in a long time. How are they?