Just got back from SXSW...and my legs hurt more than jesus.

So got off work around 5pm Friday night, everybody and their Mom is been there since Tuesday or something (get a job slackers!) Gracie and I roll out there jamming tunes from my laptop plugged into her car (awesome)

When I finally get there i'm waiting in line at Beauty Bar for like 3 minutes and i'm directly behind my gf and her friends and I don't even notice.  (I didn't even begin drinking yet)  Left that, hit GRUV for the Super 7 party...didn't get any flicks there...but Houston was in the building and heres some flicks from after that. 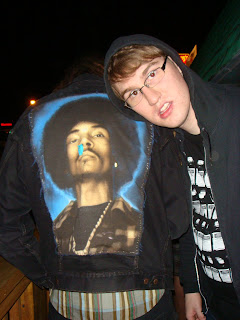 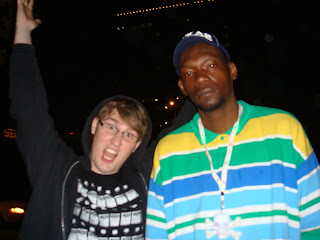 Had a great convo with this dude

Didn't go to sleep til 5am Friday night, technically Saturday morning...tagging tunes getting ish in order.  Tina dropped me off @ Speakeasy around 1. 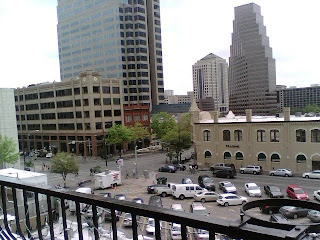 Get there, walk up 3 flights of stairs and setup the tables and everything (MAD LOW) and noticed they didn't have slipmats.  So I made some. 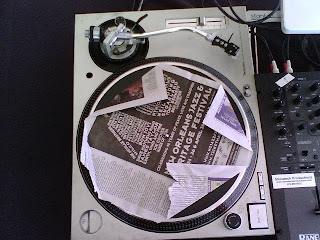 30 minutes into my set Dayta saved the day and brought some to me, THANKS BRO, YOU'RE A REAL BRO BRO.  BRO MONTANA EVEN.

Speaking of BROZ, SXSW is one huge brodeo.  Check this one out.  Don't know what happen exactly but this dude was dancing hard with this one chick, both of them thrashed before 6pm and at one point I guess his glasses broke.  BRO! 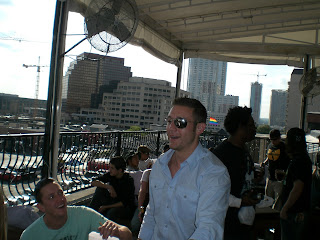 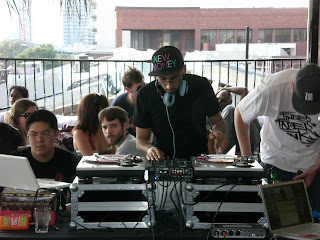 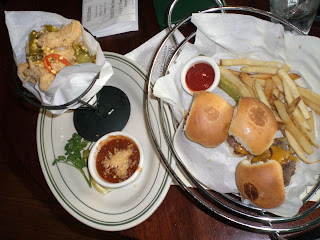 Checked out Platurn then Dayta & Morsy @ Speakeasy later in the day.  Roamed around everywhere for like 5 hours after that, went to the Unruly thang at Friends, checked out Cousin Cole, Emynd & Bliz, and DJ Class for a minute.  Tried going to the Fader thang but the line was redonkey so walked with some folks back to Speakeasy and took a power nap. 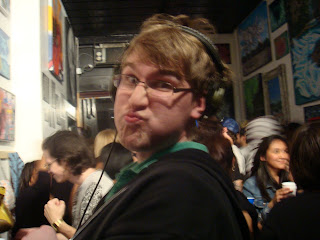 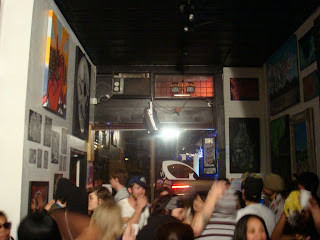 Fifth Gallery was uber fun, I rocked that bad jackson with a bunch of Texas and ATL rap...crowd was really responsive, I had a blast playing.  Shoutie to Big J and Schwa. 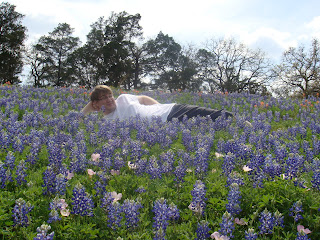 Styles P - I Get High

Leave comments if you want the dl link.